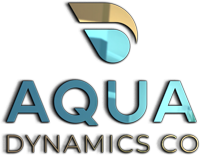 The most advanced data storage handler in the universe is also a life-essential element in its purest form, H2O. Water is so much more than two hydrogen atoms bonded to one oxygen atom. As the lifeblood of our planet, water makes an epic journey from source to sea. After the information is downloaded to the sea, the water is purified and brought back to the source through precipitation. This cycle replays many times as water reincarnates to experience new courses over earth. Every molecule holds the memory of the different minerals it’s flowed over, the medley of elements it’s been in contact with, and the hydrophilic surfaces it’s progressed past.

The mission of Aqua Dynamics Co is to bring nature’s most exemplary water to aware and health-conscious consumers. Through public awareness campaigns, we look to communicate the importance of clean and natural water. We aren’t focusing on the water that meets the standards; we are committed to water that meets perfection, as nature intended.

WE GIVE WATER A SECOND CHANCE AT LIFE BY PURIFYING, THEN STRUCTURING, IONIZING, AND MINERALIZING.

24 Apr Should we really be debating Bottled vs Tap?

Posted at 17:52h in Uncategorized by nate-admin 0 Comments
0 Likes

Since the boom of the bottled water industry in the early 2000s, the war between bottled water versus tap water began. Many factors go into the argument of which is better. The focus on human health, economics, and environmental impacts of each element are to be evaluated. In every aspect, tap water far exceeds the convenience of bottled water.

Before looking into which is a better option, it is crucial to point out that 50% of all bottled water comes from tap water, which means it is just the sale of a single-use plastic bottle marketed as a convenience.  Because of this, unnecessary plastic becomes waste in our landfills and, worse, our oceans.

There are four billion pounds of plastic put into production to fulfill the needs of the bottled water industry every year. The estimated energy equivalent is about 64 million barrels of crude oil. This number could go up as the need increases for clean drinking water, as the market has already seen a 39% increase since 2011. Then, less than 10% of the bottles produced were later recycled.

In the United States, the federal standards and testing regulations are higher than those placed on the bottled water industry. Recent studies on bottled water have found traces of phthalates, mold, microbes, arsenic, and thousands of other contaminants in water marketed as “pure” or “filtered.” Studies conducted to find the impacts of BPA on the human body have alarming findings. BPA is the major known contaminant in single-use plastic bottles. BPA has links to cardiovascular disease, diabetes, liver and kidney failure, lower fertility rates, and more.

In a cost analysis, the average expense per gallon of bottled water is $9.47, while the average price of tap water is $.005. The average person drinks 58 gallons of water a year. That would cost a person $549.26 annually. This amount of money could supply you with the best in-home Aqua Dynamics water perfection system.

Putting tap water under a microscope, we face a plethora of different issues. In 1986 the United States banned lead service lines from new plumbing systems, however many of the old water lines still exist throughout the nation.

Lead is just one of the contaminants possibly found in tap water post-filtration. Because of EPA requirements, there are legal limits that municipal water treatment facilities must meet; however, legal and safe are different standards.

Aside from the chlorine and other chemicals used to treat drinking water, there are contaminants found that pass through filtration systems at water treatment plants. Arsenic, chloroform, and chromium are some of the elements found even after the water receives treatment.

In-home water filtration systems could offer a solution, but it takes expertise to understand what all the different systems do and what they are capable of removing. Companies could claim that it removes arsenic and other contaminants, but leave out what percent it removes. Misleading marketing and a lack of transparency will create distrust in the industry.

Excessive filtration product markups make a point of entry that excludes many households and leaves a gap between charcoal filtered pitcher and full in-home units.

Our purpose is to make other drinking water options obsolete by offering perfect water that is 100% free of all contaminants, then remineralize and ionize to render water as nature intended it to be.

Sorry, the comment form is closed at this time.

We use cookies on our website to give you the most relevant experience by remembering your preferences and repeat visits. By clicking “Accept”, you consent to the use of ALL the cookies.
Cookie settingsACCEPT
Manage consent

This website uses cookies to improve your experience while you navigate through the website. Out of these, the cookies that are categorized as necessary are stored on your browser as they are essential for the working of basic functionalities of the website. We also use third-party cookies that help us analyze and understand how you use this website. These cookies will be stored in your browser only with your consent. You also have the option to opt-out of these cookies. But opting out of some of these cookies may affect your browsing experience.
Necessary Always Enabled
Necessary cookies are absolutely essential for the website to function properly. This category only includes cookies that ensures basic functionalities and security features of the website. These cookies do not store any personal information.
Non-necessary
Any cookies that may not be particularly necessary for the website to function and is used specifically to collect user personal data via analytics, ads, other embedded contents are termed as non-necessary cookies. It is mandatory to procure user consent prior to running these cookies on your website.
SAVE & ACCEPT

What is Your local Water?

Let our Water Treatment Specialist send you a custom report!